40 years of The Sackville Theatre 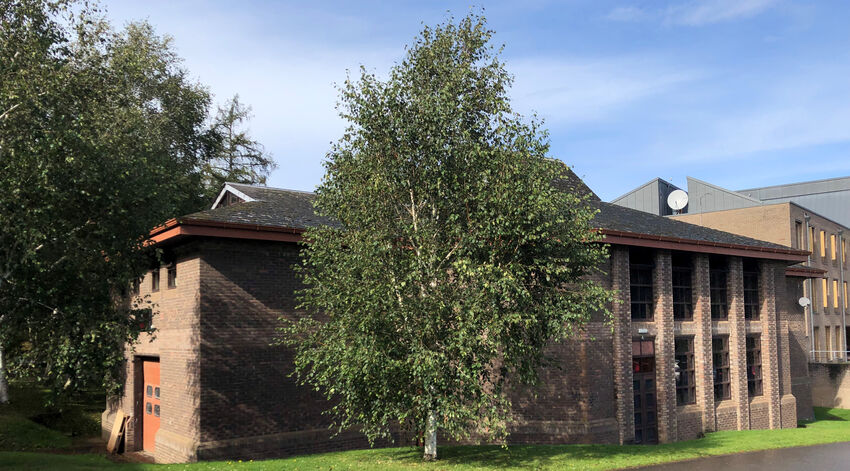 An Introduction to Drama at Sevenoaks

Theatrical productions of various styles and sizes became a feature in all schools towards the end of the nineteenth century; and part of their curriculum post-Second World War when the educational reforms of the period affected not only school structure but also what was taught with a move away from a rigid and narrow timetable of strictly academic subjects. Sevenoaks School followed both trends enthusiastically - the influence of Drama, initially through performance only and then more recently encompassing curriculum study too, has been a strong element in the school’s life for over a century and a half.

The earliest productions at the school were entertainments put on for the summer Speech Day or the Christmas festivities. They were usually short, one act plays with an emphasis on those incorporating some form of musical accompaniment. The school also played host at that time to a variety of visiting companies who not only performed for entertainment but also to help pupils understand the English or Classical texts that they were studying.

James Higgs Walker, was the mid-twentieth century Headmaster who did much to raise standards in all areas at the school, and Drama was no exception. The annual School Play was the highlight of the Summer Term: “the rehearsals went on forever with [Mollie Higgs Walker] presiding over the female parts, training the boys to walk, sit and generally act like girls….the costumes and scenery were hired and these proved wonderful evenings, the plays being worthy of London production” [OS Newsletter 1990]. The audience who attended included notables from the local community, all in full evening dress; The Times sent a reporter down to cover the event. The importance and legacy as an integral part of the school’s life of the Annual Play continued after Higgs Walker’s departure in 1954 and in 1968 Drama became part of the Sevenoaks curriculum and the eponymous Department was created.

The first plays at Sevenoaks took place in the old Assembly Hall (on the west side of Sennocke Close), subsequently the Sixth Form Common Room and now, fittingly, refurbished as the new Drama Studio. When the Johnson Hall was built in 1934, with a purpose built stage, productions transferred to there, until the mid 1970s when it was converted to the Library. Thereafter the Drama Studio (in the new Dining Hall Block) and the Aisher Hall were used. However, it was clear that the existing facilities were inadequate for the level of production or teaching that the Drama Department wished to undertake. “It is curious that a school with so strong a dramatic tradition as Sevenoaks has gone for so long with woefully inadequate facilities for performance” [Annual Review 1979/1980].  In particular, the Drama Studio (known as ‘The Black Hole’) suffered from “constraints of inadequate space, insufficient entrances (and exits), poor sight lines and all the many other frustrations….” [Annual Review 1980/1981].

Building of the Theatre

The far southern end of The Flat was chosen as the site of the new theatre, representing the final element in the regenerated space after the construction of the Aisher Hall, Marley Sports Centre and Dining Hall Block. It was designed by the noted theatre architect, Roderick Ham (1925 – 2017) and work began in summer 1979.

It was intended to be a combination of Drama studio, teaching area and performance space; “The keynote to the new theatre will be flexibility both for players and audience” [Annual Review 1979/1980]. Modelled on the South Bank’s Cottesloe Theatre, its design allowed for this flexibility whilst encouraging innovation and intimacy of staging. Seating up to 250 people, with gallery and circle levels looking down onto a pit, its physical appearance reflected the sixteenth century inn yard performance spaces and their successor, the Elizabethan purpose built open roofed playhouse.

Still known as the Studio Theatre it was completed in August 1981 and ready for use at the beginning of the Michaelmas Term. “The Studio Theatre is a beautiful design…The school will possess a theatre that will surely be the envy not only of every other school but of many professional companies as well” [Annual Review 1980/1981].

The Sackville Theatre was officially opened and given its name (to reflect the school’s long-standing association with neighbouring Knole Park and the Sackville family) on November 21st 1981. Five hundred people attended the opening to hear the actor Sir Ralph Richardson and the theatre critic Sir Harold Hobson give inspirational speeches and cut a cake made in the shape of the new theatre. “Their presence gave the event its dignity and ‘gloss’; their charm, natural humour, wit and unassuming sympathy gave it the other essential quality of informality…. like a grand family party. Throughout there was an atmosphere of excitement, happiness, and -yes – even of magic” [Annual Review 1981/1982].

The first production, that term, in the new theatre was put on by the National Theatre’s Cottlesloe Company - Larkrise and Candleford, Keith Dewhurst’s adaptation of Flora Thompson’s semi-autobiographical trilogy. The Lent Term saw the school’s first productions in it - the French Department’s Knock and the Middle School play Unman, Wittering and Zigo.

Mike Bolton’s observation in his history of the school that the “the new theatre would transform the position of Drama in the school, just as the Aisher Hall was doing for Music” [A School Transformed, p.74] has proved to be correct in the forty years that the Sackville Theatre has been operating. The Sevenoaks School Theatre Company (SSTC) was formed at the time of its opening and overseen the production of many and varied types of performance. Pupils are encouraged to participate in all aspects of a production  from the adaption or penning of scripts, to the technical aspects, creative processes and physical performance.

In 2010 the theatre was refurbished and incorporated into The Space, the newly built, adjacent performing and teaching facility. It is worth noting that unlike many other buildings in the school which have outlived their usefulness and been replaced or repurposed in recent years, the Sackville Theatre continues to function competently and efficiently within its original purpose.