Latest from OS in the performing arts 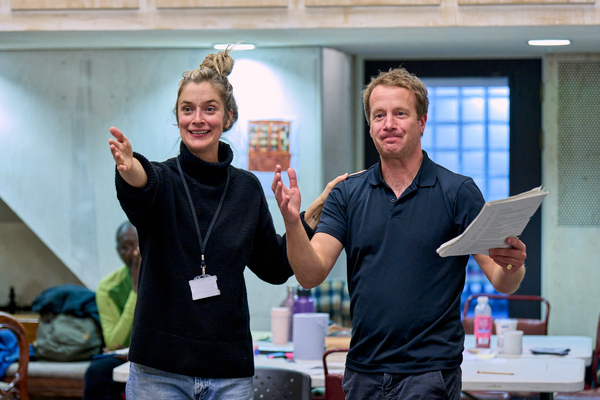 OS in the performing arts have been working on some exciting projects recently.

In a world-premier recording, Andrew Gourlay (OS 2001) conducts the London Philharmonic Orchestra in his new Parsifal Suite. Andrew says, 'Parsifal surely contains some of Wagner’s greatest orchestral writing, yet there is little orchestral-only material currently available for concert performance. The opening prelude is a staple, often performed in combination with the Good Friday Music, but I know of no suite of a significantly longer duration that has been produced to my liking. I therefore set about constructing an orchestral suite that would give us more time to settle into the music of Parsifal. The result is 45 minutes of continuous music from the opera.’  Watch the recording

Caroline Steinbeis (OS 1998) is Associate Director at Sheffield Theatres and a JMK Award Winner. This autumn she directed Resilience, part of Steve Waters' climate-emergency double bill The Contingency Plan at The Crucible Theatre. In the past year she has also directed two short comedy dramas: STELLA (the first chapter of an anthology series Before the Funeral), and From A Strange Land which she also wrote.

Pianist, singer and songwriter Joe Stilgoe (OS 1997) released his album THEATRE earlier this year and is currently touring his show '100 Years of Theatre' around the UK. Joe and his band perform tracks from the album which celebrates the great music of theatre from Kurt Weill to Cole Porter, Rodgers & Hammerstein to Hamilton, Lerner & Lowe to Pasek & Paul, and everything in between. More information

Actor Geoffrey Streatfeild (OS 1993), pictured above, is currently in rehearsals as David Farrelly in the revival of Lillian Hellman's political thriller Watch on the Rhine, part of the Donmar Warehouse's 30th anniversary season. The show runs from 9 December 2022 to 4 February 2023. More information