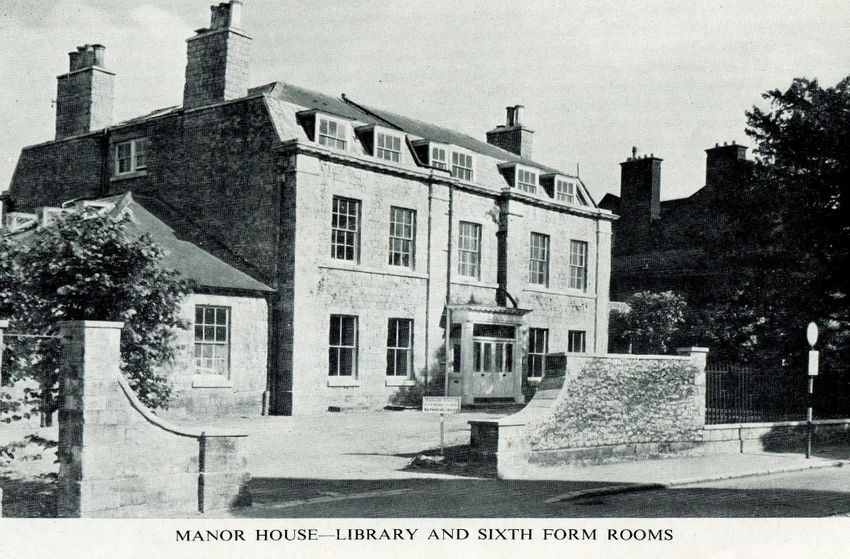 The latest building project about to get underway at Sevenoaks School is on a considerably smaller scale than some of the more recent enterprises undertaken, involving, as it does, simply the renovation of an existing building – Manor House. Manor House was only acquired by the school in 1947 but its history and association with the school go back a lot further. There has been a house with land on the site since at least 1404 and by the time the Archbishop of Canterbury, Cardinal Thomas Bourchier, had added it to the portfolio of properties belonging to the Knole estate in 1481 it had become an inn – the New Inn. It was leased out to a succession of tenants thereafter; the Sevenoaks School Governors’ Minute Book in an entry for 1576 refers to income from the ‘Newe House’ and it is probable that the school had leased it from Knole and sublet it.

By the mid eighteenth century, the leases show the property to be a private dwelling; according to tradition it was also at some point used as the dower house for the Knole estate and this may be when it acquired its present name. Between 1795-1797 Manor House was completely rebuilt as the property seen today  - again, another tradition is that this was done at the behest of the 3rd Duke of Dorset for a Captain William Coast and his family whom the former had ended up ruining through their joint gambling exploits. A number of outbuildings were added including stables, coach house, knife house, brew house, wash house, apple room, hen house, tool and potting shed, cow house, duck house, green house and drying ground with eight drying posts all complementing the extensive garden, kitchen garden and pastures abutting Knole Park. Allegedly there was also a secret passage from the house across the park to Knole itself.

The last tenant to occupy Manor House was the school’s Governor and benefactor, Walter Hay, an iron ore merchant who had moved to the town at the beginning of the twentieth century from Yorkshire. He died in 1927 but his widow continued to live in the house until her death in 1943. The couple encouraged pupils to use their Billiard Room, under Walter’s tuition; and during building work in the school in the 1930s the same room was ‘lent’ for music lessons and practice. Each June, Mrs Hay gave a garden party for the residents of the Almshouses – “a meat tea, then a treasure hunt in the garden… [and] a first rate conjuror from Harrods”.

During the Second World War the Women’s Land Army were billeted in the house and inflicted a considerable amount of physical damage on the property before, in 1947, the Sackville Estates sold the house to the school. By the spring of 1951 classrooms were ready for use on the ground floor; Digweed constructed bicycle sheds in the yard to the north of the house (1956); Bob White took charge of a purpose built art room above the old garages (1957); and in 1960 the Library moved into one of the ground floor rooms. Over the next decade Biology and Language Laboratories were constructed in the garden; the Little Theatre was constructed out of the former stables and a clubhouse (Centaurs’ Hut) built for Sixth Form daytime studying and Old Sennockian evening socialising, eventually becoming the Meeting House in 1975.

More recently Manor House has been the home of the Philosophy, Economics and Classics Departments but it now lies empty, stripped back to bare walls and floorboards, awaiting transformation into a new administrative hub for the school.