The Story of Johnsons 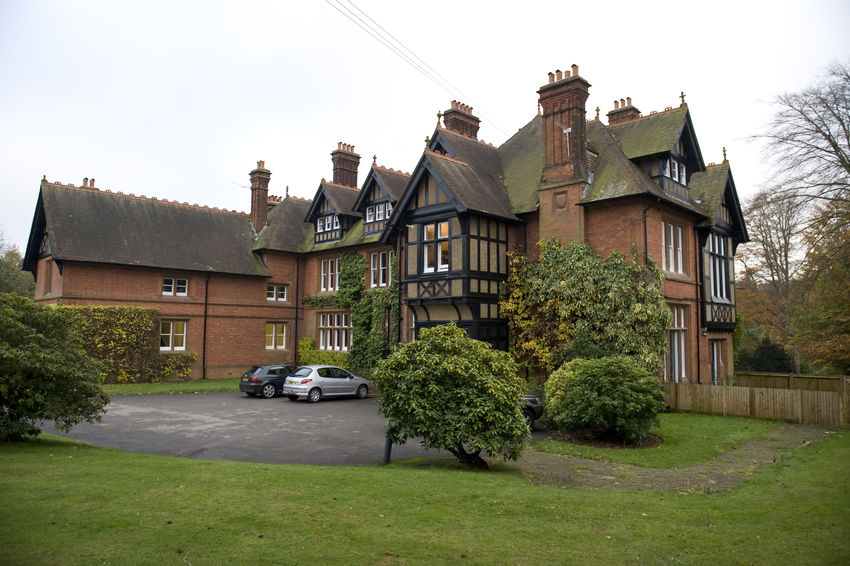 Johnsons House has throughout its 92 years of existence always had a 'greater sense of camaraderie and fuller sense of fellowship than other boarding houses…[which] leaves its members with more poignant impressions, more vivid  memories' [BHM Mark Pyper]. In its time it has had its own magazine (Percipe Johnsonia), its own customs and its own ghostly presence (the man in the chequered suit). There is no other school house which refers to its former pupils in the defining way Johnsons does – Old Johnsonians. This comradeship may be the result of its location – 'something of an island in a distant corner of the Sevenoaks universe'; or the warm homely feeling created within the 'enchanting' Victorian building. Former pupil Bob Wise also spoke of the 'fifty boys/young men…[who] were bonded together for a common purpose and that was to win, win, win or bust a gut trying, particularly against the old enemy School House'.

That may have been just a simple healthy rivalry, but some in the school have historically been less complimentary about the uniqueness of Johnsons. OS Warren Morse recalled 'running madly from a place I was not supposed to be to one where I was', rounding a corner and smacking into Mollie Higgs Walker. 'She helped me up, said "You must be one of those dreadful Johnson boys", patted me on the head and sent me on my way'. In the early days of their existence the residents were referred to by others in the school as the ‘Wild Men of Oak Lane’.

The house was, of course, the gift of one of the school’s greatest benefactors, Charles Plumptre Johnson. Contrary to popular belief, though, it was never lived in by him (he resided in Park Grange from the time he moved to Sevenoaks in 1911 until his death in 1938) but was purchased by him specifically for the school’s use as a boarding house and opened as such in September 1927. Originally known as Thornhill, the house was built around 1870 by Albert Druce, a rectifying distiller and the grandson of John Claridge, the eighteenth century Sevenoaks solicitor and builder of Claridge House, now housing the School’s main reception and administrative offices. Albert’s wife, Anna, was the sister in law of the novelist Mary Ann Evans (George Eliot) and the author was a frequent visitor to the house in the 1880s.

‘Ernie’ (E.G) Groves was the first housemaster of Johnsons and remained in the post until 1961. Headmaster James Higgs Walker’s right-hand man, he taught History (and some Maths and English) and introduced the ATC, sailing and rugby to the school. He was well liked and respected as a teacher and housemaster with 'a crisp no nonsense attitude…[running] the house like a taut ship…at the same time…a warm and kind person when misfortune hit' [OS Karl Young]. Groves was the housemaster who guided the place through the privations and threats (his study was hit by a bomb) of the Second World War. Whilst other teachers joined up, 'Mr Groves remained and bolstered the house with his undeniably unique humour. Every night he would exhort the boys to say their prayers warning it could be the last thing they ever did…' [A Twinkling of an Eye]. With the domestic staff also joining up it was the boys who now cleaned the house; helped it become self-sufficient by growing vegetables at nearby Kippington Grange; stuck gummed paper strips over the windows and sheltered in the wine cellars from air raids. A few (subsequently expelled) tried to fell the trees round the garden with sticks of gelignite tied round their trunks, pilfered from a discovered ammunition dump in Whitley Forest.

Ernie Groves was ably assisted in the House by (Reverend) Jimmy Parks – 'an immensely popular figure…a big boned face on a big boned man…and a solemn manner to go with the dry wit' [OS Dennis Bloodworth]. And also by the long-serving matron Sister Freeman: 'remembered with affection as a devoted and comic figure who despite her badly fitting false teeth and ever changing remedies for the common cold brought loving care to Johnsons and even saved a few lives for which several are forever indebted' [Twinkling of an Eye].

Johnsons is also the only house to hold an annual reunion lunch when OJs spanning the generations return to relive the camaraderie and share anecdotes about their experiences of living in the house. All enjoy looking at the archive memorabilia on display and trying to spot themselves in one of the house or school photographs, before embarking on a tour of the house and the older generation recall the primitive but character building conditions of cold baths, lack of central heating and 'horribly well ventilated' dormitories. Current Housemaster Sébastien Coquelin sums up the house spirit best: 'As the boys are about to embark on the next chapter of their lives, I remind them never to look back but only forward, remembering that "once a Johnsonian, always a Johnsonian".'